Duisburg: Crime scene in the steelworks

ArcelorMittal Duisburg is the backdrop for a new episode of Schimanski: Horst Schimanski, retired "Crime Scene" police inspector, is returning to our screens: The 14-year-old daughter of a gangster boss, currently languishing in prison, has run away with her boyfriend. But is this boyfriend all that he seems? Might he be a so-called “loverboy”, who entices underage girls by pretending to love them and then puts them to work on the streets? 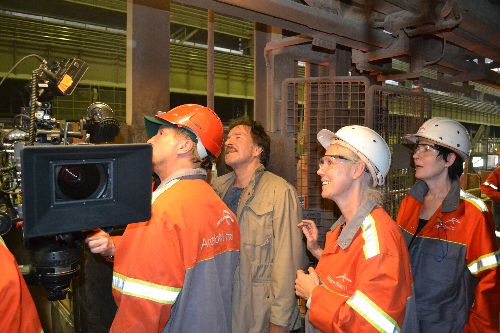 The 17th episode of the Schimanski series was filmed in Cologne, Rotterdam and, of course, Duisburg – some of it in the ArcelorMittal works: It is here that the retired inspector spectacularly disposes of his weapon. The location scout and director were fascinated by the steelworks, especially the ladles of molten hot steel. And this is why Götz George, alias Schimanski, came to run across the visitors gangway and throw his gun down into the charging ladle four times.

Each time there was a small firework display as the material of the gun reacted more violently than expected with the liquid steel. After half a day of filming the 30-second scene was finally in the can.  Both Heiner Buhren, who has been the nominal film adviser in the Duisburg factory for many years, and the 35-strong film crew were eventually satisfied: They had obtained impressive footage. “Loverboy” will go out on ARD in late autumn. 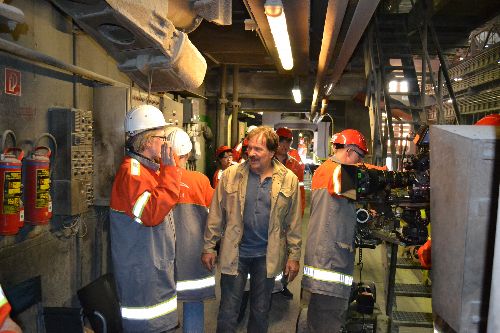 Götz George filming the next episode of Schimanski: After half a day's work the scene was in the can.