Concerns of additional cost burden from energy and climate policies 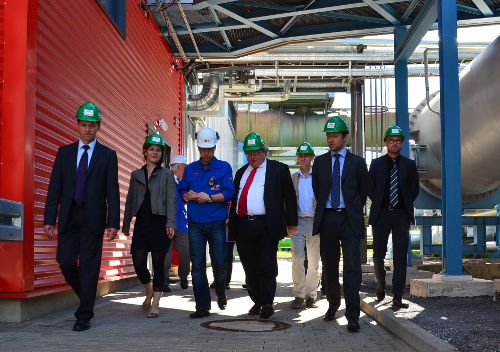 Annalena Baerbock, regional chair of the Green Party and the Green MEP Reinhard Bütikofer were impressed on their visit to the power plant today at ArcelorMittal Eisenhüttenstadt by the importance accorded by Brandenburg’s largest steelworks to the environment and energy efficiency. The works already obtains a large proportion of its energy consumption from the environmentally friendly furnace gas streaming. ArcelorMittal has invested continuously in its plant at Eisenhüttenstadt to increase its energy efficiency and reduce the power consumption.

“It is important for a forward-looking energy concept that an energy-intensive industry in particular is aware of its responsibilities in terms of climate protection. Politics and industry must work closely together on this matter. ArcelorMittal sets a good example here,” stresses Annalena Baerbock.

In the next few years the company plans to install a top gas expansion turbine in the VEO power plant and to renew the drive systems in the cold-rolling mill of ArcelorMittal Eisenhüttenstadt. “This means more than 20 million euros will be invested in the site, reducing consumption and greatly increasing the proportion of electricity generated from furnace gas. From the technical point of view, no further significant efficiency increases are possible,” comments Matthieu Jehl, CEO of the Eisenhüttenstadt works. 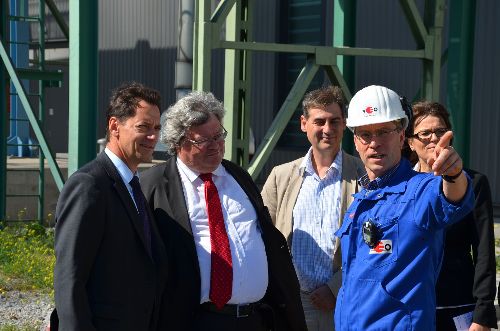 “We already suffer a considerable competitive disadvantage in Germany due to the additional burdens imposed by the German Renewable Energy Act (EEG) and the energy tax. If the special guaranteed payment rules and reliefs were discontinued, it would mean additional annual costs for ArcelorMittal in Germany of 170 million euros, of which about 60 million euros would affect Eisenhüttenstadt,” adds Frank Schulz, Chairman of the Management Board of the ArcelorMittal Germany Holding, in reference to the current political discussions surrounding the EEG. “To maintain competitiveness we need stable conditions. Additional tax burdens such as are mooted in the current political debate would pose an immediate threat to our works and jobs in Germany.”